Filter by price
Our Products

JINTROPIN ® –  a brand name for synthetic human growth hormone – somatropin. It is legally produced by the licensed factory in China, Gensci .

Despite the fact that HGH (Somatropin) creators initially synthesized it to treat GH-deficient children, it is highly popular in sports, especially in bodybuilding, for the following reasons:

It’s possible to say that HGH has divided bodybuilding into “before” and “after.” The tremendous rise in mass, which has started in the 1980s with Dorian Yates and then was kept by Ronnie Coleman, is caused mostly by HGH. Growth hormone helped them become leaner and not to lose muscle mass during cutting. Also, HGH enabled hyperplasia, which moved the limits of maximum muscle hypertrophy.

After the injection of growth hormone, it enters the bloodstream and then spreads around the body, concentrating in the liver, where it converts into IGF-1 (insulin-like growth factor). This substance is responsible for muscle growth, which is the main effect of HGH for bodybuilding. IGF-1 binds to its receptors in skeletal muscle tissue, thus accelerating protein synthesis.

The fat burning function of HGH is performed by growth hormone itself. The hormone binds to somatropin receptors, which leads to elevation of the level of free fatty acids (FFA). So, the body starts using fat, instead of carbohydrates, as an energy source.

Fat loss neither interacts with muscle growth nor interferes it. It is a unique feature of HGH, which allows you to gain lean muscles and lose fat altogether.

Another unique feature of growth hormone is hyperplasia, the increase in the number of muscle cells due to their proliferation. This effect is significant because HGH-induced muscle gains are permanent, and divided cells allow you to exceed your genetic limit for muscle mass.

Note: In order to make sure whether the Human Growth Hormone, or Jintropin is real or fake, Gensci has developed an anti-counterfeiting system. Enter the serial number (you can fiind it on the package) that contains 12 digits on the web site (https://www.en.gensci-china.com/gensci/Verification.asp) 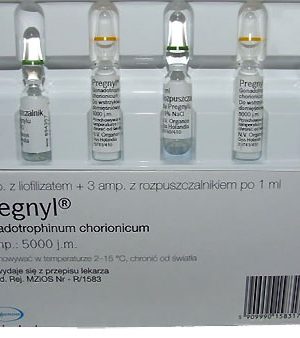